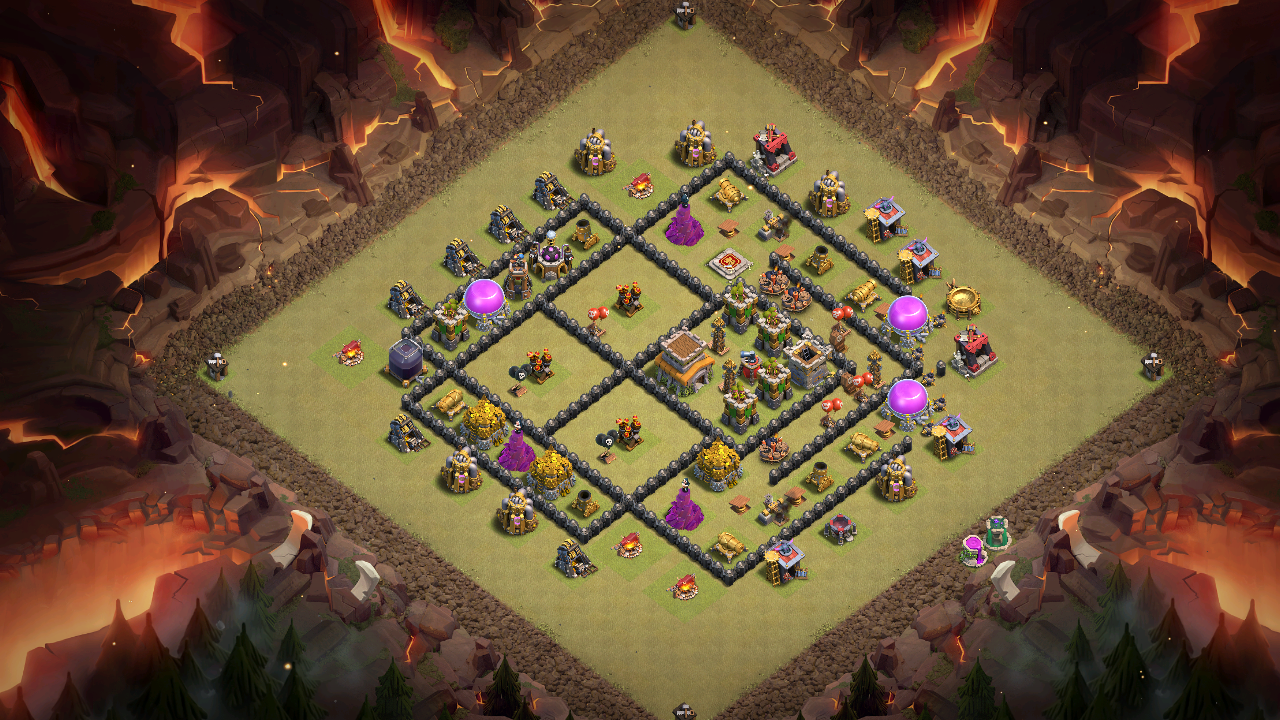 I have returned with a fresh war base design for TH8. The base produced good results in both war and farming. We'll talk about the layout and positioning of the defences on the base. Let's head to the review now.

As you can see, the base has well-placed Air Defenses, Archer Towers, and Hidden Teslas. The war defence results for the base were very positive. Most of the attackers struggled to funnel their dragons into the core of the base.

The base works very well against Dragon Attacks. Even if two of your Air Defenses are taken out by enemy lightning spells you can still easily defend your base. It is hard to funnel Dragons into the base. If you attack from the right side you will have a hard time getting the Air Defenses while if you attack from the left side your Dragons won't survive the Archer Towers and Teslas.

Defence logs of this base were very positive. Most of the attackers failed to achieve three stars on the base. It worked well against ground attacks too. You should use it in wars and I guarantee good results.