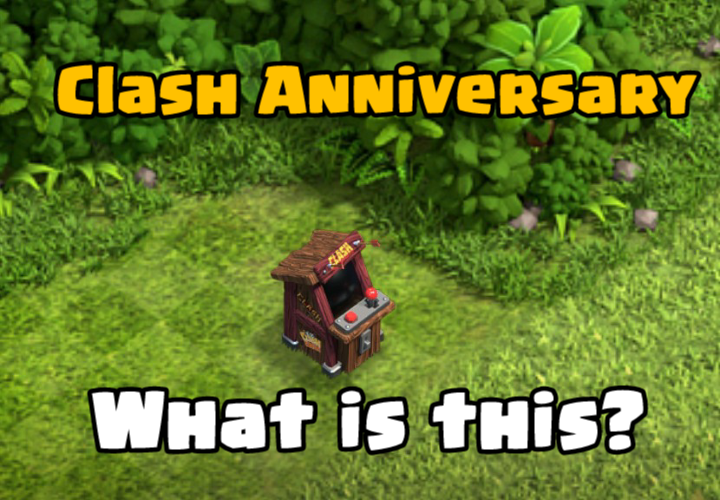 Clash of Clans' 40th anniversary is around the corner, and a lot of clashers are wondering about the mysterious arcade machine that appeared on their bases. I know most of you are scratching your heads and wondering how is it 40 years old even though the game came in 2012. Don't worry; we will get to that in a while.

Clash of Clans devs did a lot of amazing stuff with the 8th and 9th anniversaries, but you must not miss the 40th anniversary. Clash of Clans will give away plenty of free magic items, so keep checking your game daily.

There are going to be a lot of special offers in the month of August. As to rumors, prices of the shop items will be reduced by 90%. There will be a bunch of offers that will give you cheap magic books, and it's going to be the right time for you to max out your heroes.

The trader will give away free books as he did on the last anniversary. Keep your eyes on the trader; you will love his anniversary offers and free items.

Some YouTubers and Redditors claim free scenery will be given away on the anniversary. Personally, I don't think that's true though there will be a special anniversary scenery in the shop that you can purchase.

How is Clash Of Clans 40 years old, and what is that arcade machine?

If you are over 40, you might remember a game called "Clash" on Atari machines; that game was actually the root of Clash of Clans. It was a 2D arcade game in which you played as a barbarian just like Super Mario. You had to jump over the obstacles, and you could kill enemies with your little sword.

The arcade-based Clash wasn't very successful, and I am having a hard time finding any old photos of the game. Clash of Clans will let you feel the nostalgia of "Clash" on the arcade machine that appeared on your base.